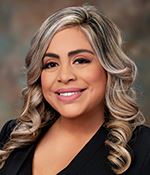 *Liaison responsibilities are reassigned by the mayor annually in June.

Council-Mayor form of Government
The City Council is comprised of a Mayor, who is elected at large, and six Council Members, one elected from each district. Council members do not have day-to-day administrative duties, but rather focus on big picture issues as the elected policymakers for the city. Council members also take feedback from the community, approve the budget and tax rate, adopt ordinances and resolutions, and establish goals and provide direction. The City Council is also responsible to supervise, monitor, and evaluate the performance of the City Manager, City Attorney, City Secretary, and Municipal Judge. Council members are elected to three-year terms with a limit of three full terms.