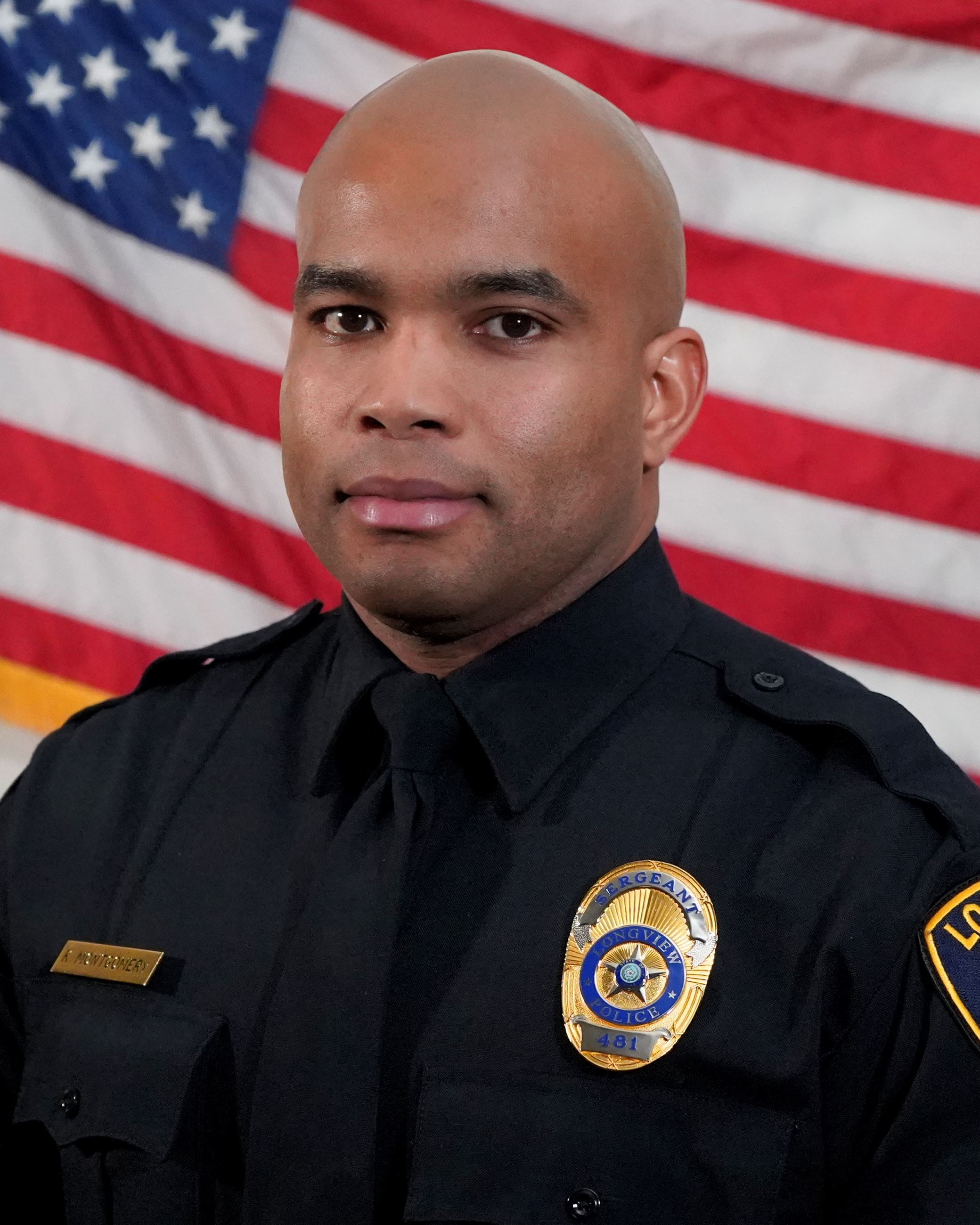 Sergeant Kendric Montgomery began his career with Longview Police Department in February 2012 as a patrol officer. While working on patrol, he served as a Field Training Officer, was a member of the SWAT team and the Bike Patrol Unit.

In June 2015, Sergeant Montgomery was chosen as Police Area Representative Officer for Beat 60 where he provided support and implemented neighborhood improvement projects to help reduce crime and solve problems for the community.

Sergeant Montgomery would serve as a P.A.R. officer for four years before promoting to Sergeant in March of 2019. Sergeant Montgomery was assigned as a supervisor on 3rd Late Watch. He would also become the temporary Recruiting Supervisor, where he developed hiring strategies to produce potential police applicants by attending career fairs, colleges and military bases.

Sergeant Montgomery is also a member of the Longview Unity & Diversity Committee and the East Texas Crime Prevention Association.