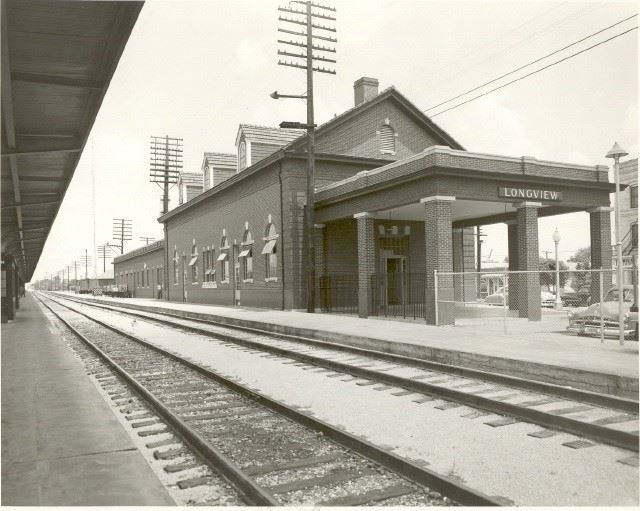 With railroad expansion headed west, O.H. Methvin deeded 150 acres to Southern Pacific Railroad in 1870. In 1871, Longview became the westward terminus of the railroad. Construction of a railroad line between Longview and Palestine began in 1872 by International Railroad (later called International & Great Northern Railroad). This line reached an area known as the junction just east of Longview.

Texas and Pacific (T&P) railway company acquired Southern Pacific Railroad and began construction on a passenger depot in 1939 located in the junction. The 1940 completed depot replaced an earlier station that was built in 1874. To access the concrete platform where travelers waited for the train, passengers utilized a tunnel that connected the depot to the platform.

The original dormers were removed sometime after construction but were later restored. Two porches were part of the original structure for a waiting area, baggage and freight. As a town founded by the railroad, Longview has always been connected to railways and, at one time, boasted three depots. Now, the 1940 Longview Train Depot is the only remaining depot in Longview.