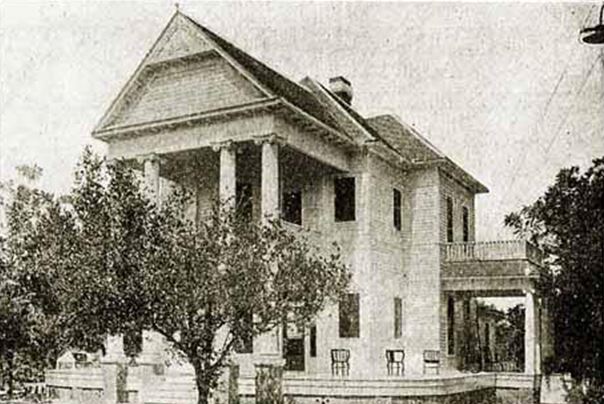 The Rucker-Campbell House was constructed in 1872 by Asa Rucker who was the owner of a large saw mill.  The Rucker family was the original builders and owners of the house.  The house was originally built in a Beaux Arts style and was converted to a Queen Anne Victorian in 1903.  After this conversion three additions were done to the house over the years to add a sleeping porch, a solarium, and to convert the house into an apartment.  In 2010, Preservation Longview began a restoration process.  This process includes restoring the interior of the house, stabilization of the foundation, and reconstruction of the masonry fireplaces.

The most prominent owner of the house was Judge J.N. Campbell.  In 1898, Judge J.N. Campbell began his law practice in Longview.  He served as County and District Clerk as well as County Judge of Gregg County.  He also built Lake Devernia which is located west of Longview and was named after his daughter.  Judge Campbell’s brother was Governor Thomas M. Campbell who was the second native-born governor of Texas.

Currently, Preservation Longview is the owner of the house which is unoccupied at this time.  They are in the middle of restoring the house so that it may be used as a community venue and museum.

The Rucker-Campbell House is a Recorded Texas Historic Landmark (RTHL).